Icynene Health and Safety for Homeowners

Do new windows save you money on your utility bills?

I'm sure you have seen window commercials claiming that they save customers “50% to 60% or even more!!! On energy bills." In return you have not heard them give an actual percentage number on savings in dollars. That is because they have found themselves in some hot water about the claims. In some limited case studies that claim can be true. However in most cases windows are lower on the priority list in an energy upgrade viewpoint for return on investment (ROI). This is not to say that upgrading windows is not a good idea for many reasons, however from a pure energy standpoint and an energy consumption standpoint, it is better to address leakage into the attic space first. Attic air leakage is the primary “driver” for the need to draw in “make up” air, usually felt as a “draft” to the occupants.

Now on the Building Science side of things, with the subject of esthetics aside,  we look at the assemblies of systems in the home and can calculate an R-(resistance) Value for that particular assembly. For example an un-insulated 2x4 wall with stucco and drywall still has an R value of Say R 3.5. If you were to fill the stud bays with R-13 insulation, keeping in mind that the wood framing cannot be removed and deducts from the overall assembly R value, the entire wall may now be an R-10 assembly. If you put in a few new windows, you reduce that R-Value again depending on the SF of window area and the R-Value of that window. So now you are down to a R-9 complete wall assembly. If the new window you had installed is an R-3 double pane aluminum window, it may look ugly and not operate well, but if it seals shut and is intact, then the R value is still good.

Continuing from the example above, if you were to upgrade an existing window to say an R-6 window (a good modern window) you have now only increased that specific space's R value. The wall itself it still un-insulated, the new window doesn't effect the overall R value of the entire wall assembly, it only effects the window opening. Lets say after the new R-6 window is installed and the wall interior/exterior is completed, your now back up to a R-10 total wall assembly rating. The cost to achieve that small increase in R-Value does not pencil out in energy savings for several years.

Air sealing the remainder of the home, allowing any air infiltration to occur at windows is a better strategy for a number of reasons;               1. Elimination or reduction of the “stack effect” where air is pulled up into the attic causing drafts from colder areas or crawl space.              2. Allowing for makeup air to be pulled from windows or around doors (if at all) at least knowing that air is clean outdoor air and not from suspect areas, such as dirty attic.

Do new windows save you money?

Window replacement can save money in situations where the old windows no longer close properly or are in seriously bad condition. Otherwise it is a long term investment related directly to looks, value, noise control and others aspects of the home, but not a great investment in pure energy savings and energy efficiency.

Insulation resources in one convenient location 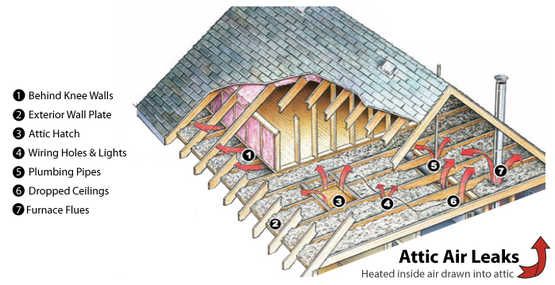 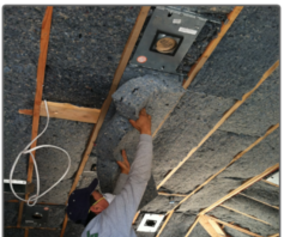 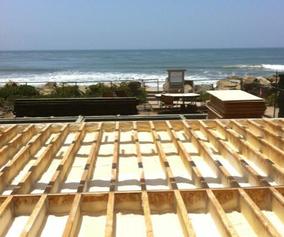 - What is air sealing and how does it apply to me?

- Why is Home Performance Evaluation and Testing important?